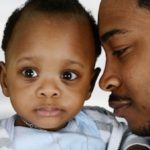 It’s my responsibility to keep an eye on the community.

Darnell Watkins, who grew up in what he calls a typical and loving household, speaks glowingly of what it was like for him to become a father for the first (and only) time. Soon after his son was born, he says, he “would come home, and look at him sitting on the couch like, ‘Where did you come from? How are you here? What are you doing sitting on my couch? Come here and give me a kiss,” says Watkins. “Yes, good times.”

But Watkins speaks of the challenges he has faced as a father in recent years. He hasn’t heard from his son and ex-wife in years, and lives with his parents, who support him. He has a link card. And he was incarcerated for a DUI offense. Sentenced to two years, he lost his job and, he says, “hurt my family.” “When I think back to that, I was selfish, self- centered selfish.” He adds that “being locked up has affected my ability to provide…..I have that scar on my background of being a felon and sometimes you’re…not regarded as a full citizen. Other than that, given the opportunity I’m sure I’d be a good provider just like was once before I was locked up.”

These days, he is not working and “not able to pay child support payments. I’m in the process of dealing with child support to get those payments downsized or deleted if possible.” Watkins says. He says that when he starts a job, “within the modification….I won’t have any problem pertaining to child support because that’s part of my responsibility, so that’s how I feel about that.” Currently, his says he is “trying to get into get into a CNC [Computer Numerical Control] program.”

These days, Watkins is eager to “humble himself” and “come to an agreement” with the mother of his child. “I want to be with the boy,” he says.

How can he reconnect with his son? That’s a complex question, but he says that FFHC and the dialogue he has had with other fathers are making a difference. Through FFHC, he is learning more about legal issues, child support and other issues that impact his life. He is also, he says, concerned about the bigger picture — community and issues that impact the nation like the Trayvon Martin case. “It’s my responsibility to keep an eye on the community. “Every once in a while,” he says, “I see a young cat, and I’ll try to pull him to the side and say some of the experiences that I’ve had and relate that to him in a respectful manner.” Meanwhile, his response to the Martin case evokes personal memories. “They used to sic the dogs on us, so there’s so many things when I think about that, it’s just racism.”

Even with the barriers and challenges he faces, Watkins retains a strong sense of hope.

“I’m excited about my future,” Watkins adds. “Even though I’ve been out of work for a while I’m in the process of bettering myself. As far as being with my son, I’m hoping that he would accept me for who I am, but at the same time I want to make him proud of me. I want him to look at me and be proud of me and say: “Hey, this is my Pops.”